(EN) - The contents found through this FORUM is intended for review purposes and should not be seen as a substitute for the original, legal, RIAA (Recording Industry Association of America) approved, record company enriching product. Please note that contents are available for VERY short amount of time. And if you like the contents BUY IT. Please support the artists/creators and buy as much as you can directly from them and cut out the middle man.

SummaryIn From the Depths you can build and take first-person command of battleships, planes, submarines, space ships, hot air balloons and more! The game contains a wide range of single player content including:

A creative mode allowing you to push your designs to the limit and ensure the total annihilation of your opponents.
A strategic campaign waged over hundreds of islands against eight unique factions.
A Story Mode where you can play missions as each of the eight factions – a fantastic mixture of strategy, design and wild battles! Defend your fleet against waves of enemy forces in a series of extremely tough challenges.
Adventure mode where you start on a raft and must build up your fleet and travel a dangerous universe fighting or running from enemy fleets

As well as a wide range of multiplayer content 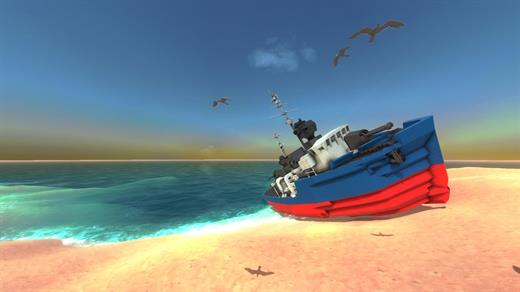 Design and build your fleet, fortresses and structures however you want. There are currently over 1000 unique components blocks, not including 38 different components for making missiles, torpedoes, depth charges and bombs and 34 different components for making the ultimate cannon shell!
The sky’s the limit, you can equip your vehicle with cannons, lasers, mines, bombs, missiles, torpedoes, propellers, rudders, jet engines, wings, hydrofoils, hot air balloons, anchors, blueprint spawners, repair bots, air pumps, automated control blocks and many, many more!
Physics – every block destroyed or added affects the vehicle’s functionality, physics and control. Drag, inertia tensors, buoyancy and sealed compartments are all updated based on the design of your vehicle and the damage sustained.
Be part of a fantastic community with new releases made on average once a week. Community organised challenges and blueprint sharing make it an extremely friendly place to hang out!
Loads of single player and multiplayer content in which to use your designs (campaigns, co-op campaigns, missions, adventures)
Design your own planets/campaigns/missions/multiplayer maps using the planet editor or add your own mods easily using a fully integrated modding interface

Customizable ComponentsThe customizable components in From the Depths allow a unique level of engineering customization: 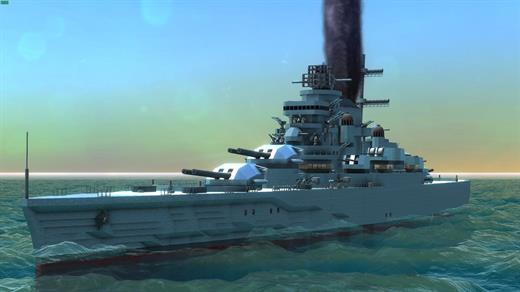